Minister of Information, Gospel Kazako, launched the Digital Skills and Innovations grants under the Digital Malawi (Luntha ndi Chuma) project which is set to benefit over 3000 youth and young women across Malawi with digital skills trainings.

Speaking at the opening ceremony held at Mzuzu Sunbird Hotel on 4th June 2021, Kazako described the project as a crucial element in developing the country’s economy as these digital skills are a catalyst for job creation and entrepreneurship among the youth who compose 50% of the county’s population.

The Minister said time has come where young people need to focus on ways of bettering their lives through meaningful channels of acquired knowledge and utilize existing platforms that support them towards self-reliance.

With government’s agenda of creating 1 million jobs, Kazako said these 6 tech Hubs are complementing government’s efforts in imparting employability skills to young people and share the same vision and passion to dominate the need for having a vast platform of young people that have digital skills that are marketable.

Kazako gave a stern warning on misusing the grants money and echoed the need for these Hubs to channel the funds to its intended purpose which is to reduce the literacy gap that is there especially among young women that are in the rural areas.

Speaking on behalf of the tech-hubs, Oganive Chingakule of Growth Africa emphasized on the hubs commitment in reaching out to young men and women to utilize this opportunity to advance skills acquired into businesses that will lead them to financial independence.

Before the launch, Minister Kazako visited Mzuzu Entrepreneur Hub – Mzuzu E-Hub, one of the Hubs implementing the Digital Malawi Project to appreciate their office space and training rooms. The trainees will receive attendance certification and internship opportunities upon completion of the trainings. 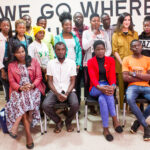 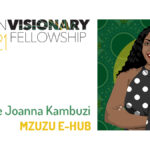 Sign up to receive latest news, updates and opportunities delivered directly to your inbox.
No, thanks